An ongoing collaborative didactical project about unconscious assumptions in examples for high-school mathematics. See the webpage of the project.

Poster with 96 images of geometry.

A mathematical clock based on the Chinese Remainder Theorem.

Math around the Clock

A geometric construction for the gcd and the lcm.

The Mastermind Wheel (A didactical tool for understanding Knuth's algorithm for winning Mastermind).

The hardest logic puzzle ever.

Sim!Cong! (a didactical card game for learning the Congruence and Similarity Theorems for triangles). Drehoskop (to explore solids). A mathematical exhibit around Pythagoras' Theorem. Placing the numbers 1,3, and 5. GoFlex (composable flexible stripes). 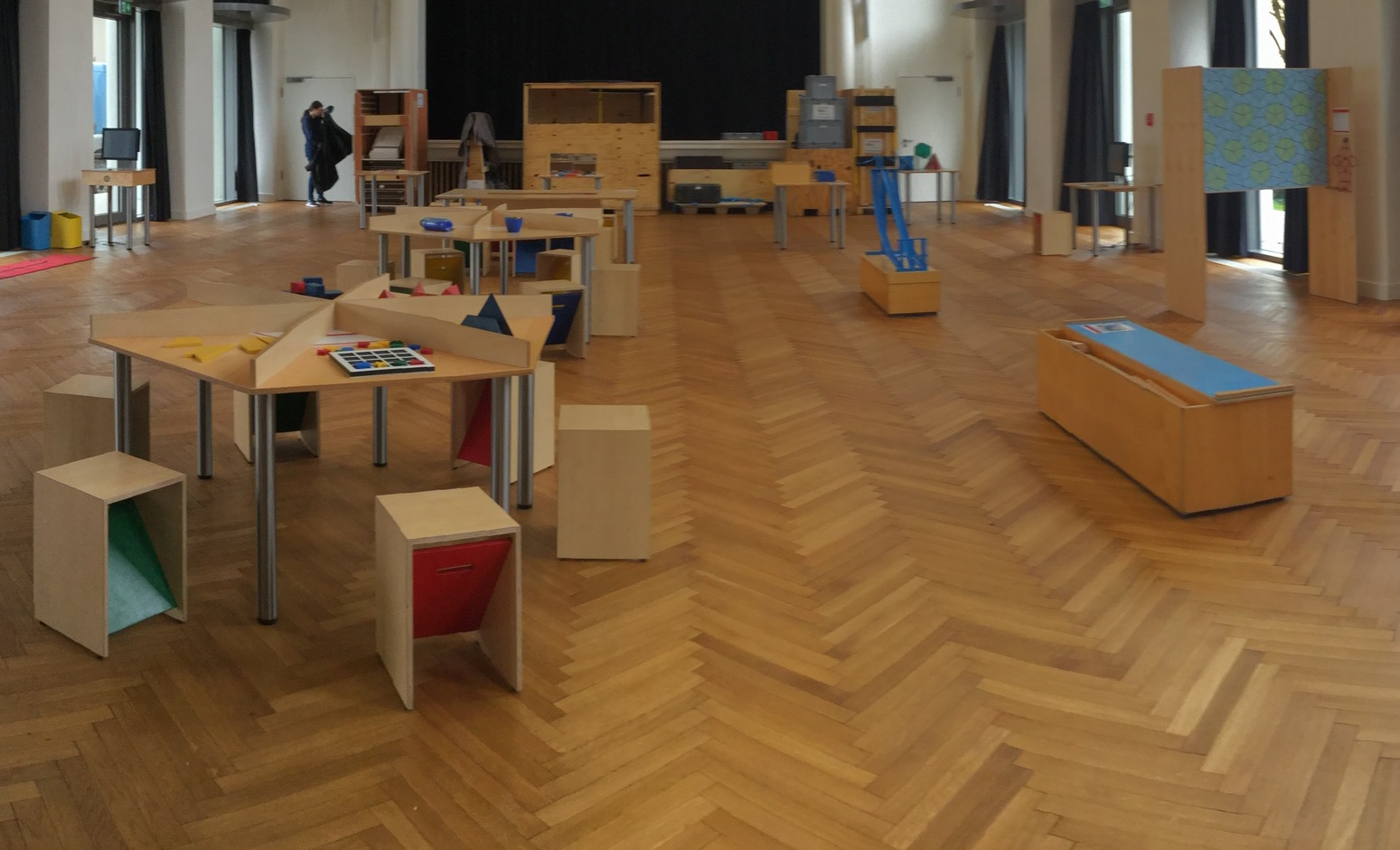 A webpage explaining how to solve the Rubik's Cube. Mathematical riddles for everyone. Documentation about the mobile exhibition of the mathematikum. Proof without words (Mathematical images explaining proofs). One Quiz about plane geometry. Mockingjay Mathematics (movie-inspired problems). Illustrating the Principle of Mathematical Induction.